Hello bloggers I hope that you are managing to get some craft into your week.  Today I have a birthday card for the Mods and Vespa fans out there. 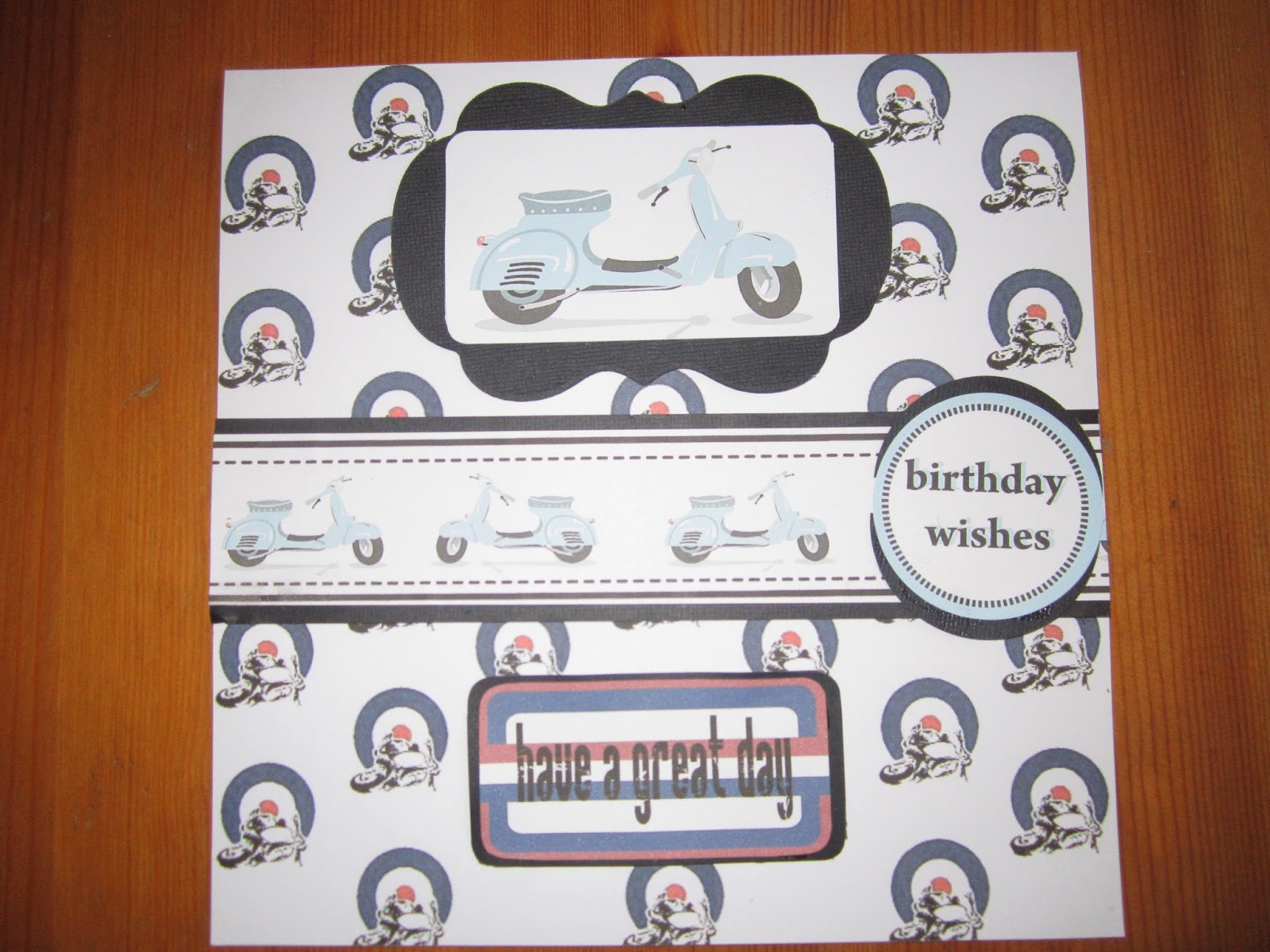 This card began as an 8x8 white card blank.  First I printed out a backing paper, topper and sentiment sheet using Polka Doodles 'not for the girls definitely for the men' CD-ROM.  Next I cut the backing paper down to 8x8 and adhered it to the front of the card.  I then fussy cut out the rest of the elements that I needed for the card.  The border was matted onto some black cardstock and then adhered across the front of the card.  Next using Spellbinders 'labels 14' die set I cut a mat for the topper.  The mat and topper were adhered together before being added to the top of the card.  I used a circle punch to punch out the birthday wishes sentiment.  Using the same punch I punched out another circle using black cardstock.  I cut this circle in half and adhered it behind the sentiment to give it a matted shadow effect. The circle sentiment was added to the end of the border strip.   Finally the bottom sentiment was matted onto black cardstock and adhered to the bottom centre of the card.
Happy Crafting xx Hazel
Posted by hazel young at 05:00

Email ThisBlogThis!Share to TwitterShare to FacebookShare to Pinterest
Labels: circle punch, mods, polka doodles not for the girls definitely for the men CD-ROM, vespa birthday wises