Hello bloggers I hope you are all well in the heat we are having in the UK.  Today I have a very girly card with a blossom theme. 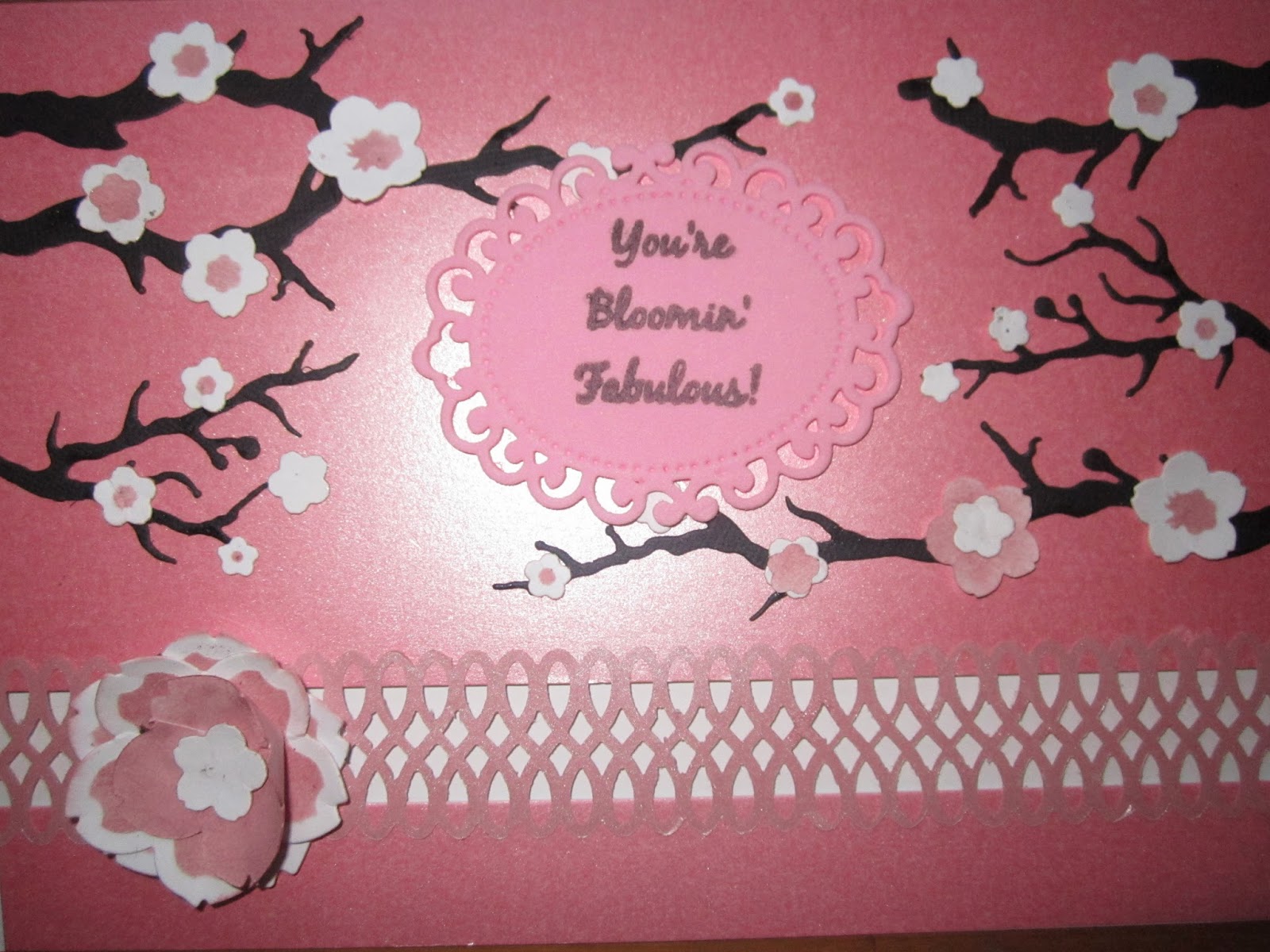 This card began as an A4 sheet of pink pearlescent card stock that I scored to make an A5 card blank.  I then cut off a strip at the bottom of the card and saved it for later used.  Next using some pink pearlescent paper and a Martha Stewart punch I punch a strip to fit my card.  I then took the strip of pink card I had cut off earlier and cut it down to size so that it  made a complete card again with the punched border in place.  The border was adhered to both sides of the card stock to hold it in place.

I then used some black card stock and Spellbinders 'cherry blossom' die set to cut out the branches.  I also used some white card stock to die cut the blossom using the same die set.  Whilst still in the dies I inked through the flowers with Victorian velvet distress ink.  The branches were then adhered to the front of the card and the blossom added on top.    Using the largest blossom flowers I shaped them and made them into a 3D flower that I adhered to the bottom left corner of the card.

The sentiment topper was die cut using pink funky foam and Spellbinders die d-lites 'frame two' die set.  Next using staz-on black ink pad I stamped the sentiment on to the funk foam topper using Creative Expressions 'sensational saying' stamp set.  The sentiment was then adhered to the centre of the card.