Hello bloggers well back to the beginning of the working week. I hope you managed to have a great weekend whatever you got up to.  Today's card is an easel card for a Nan.  This card could be used for a variety of occasions. 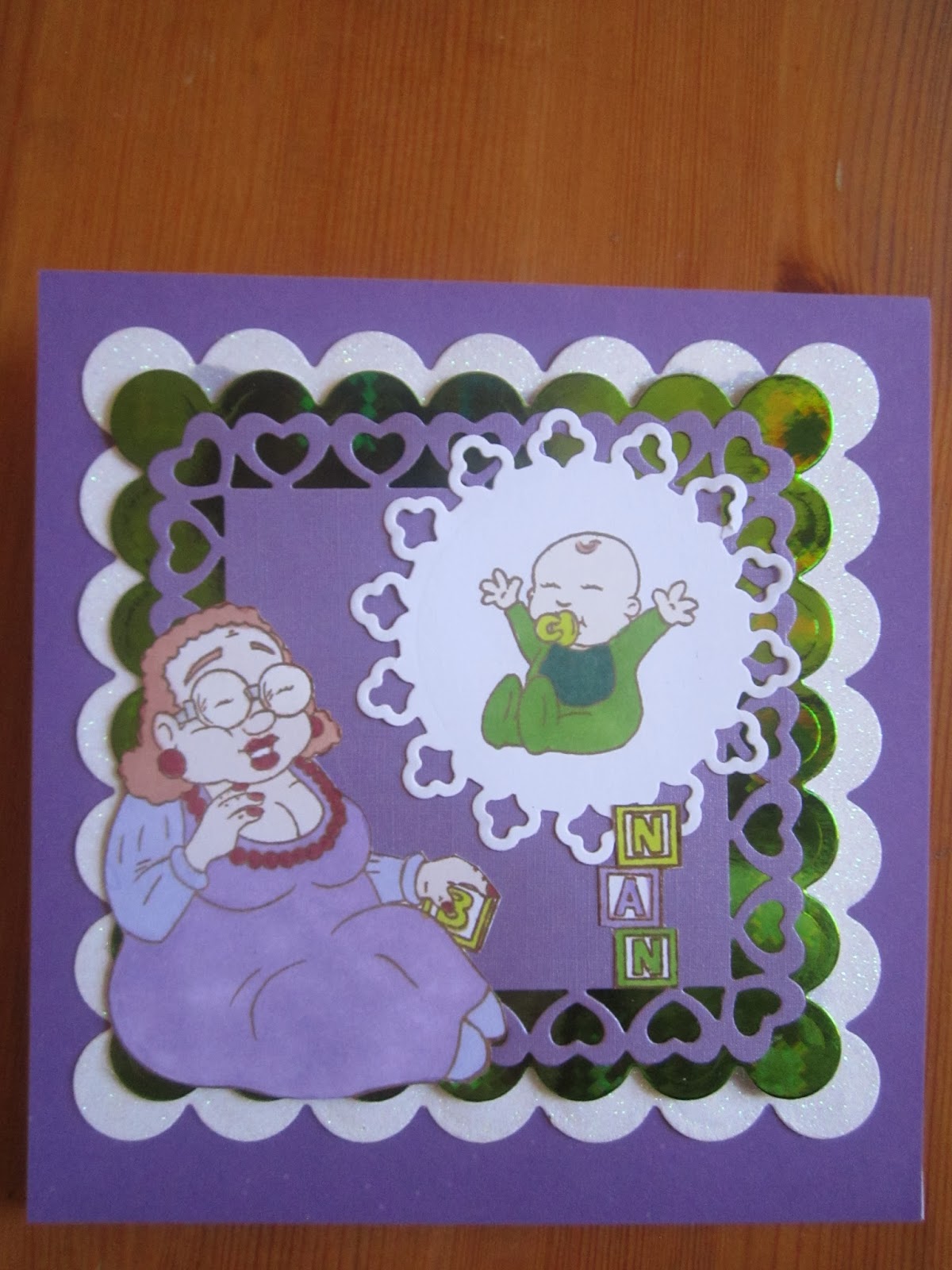 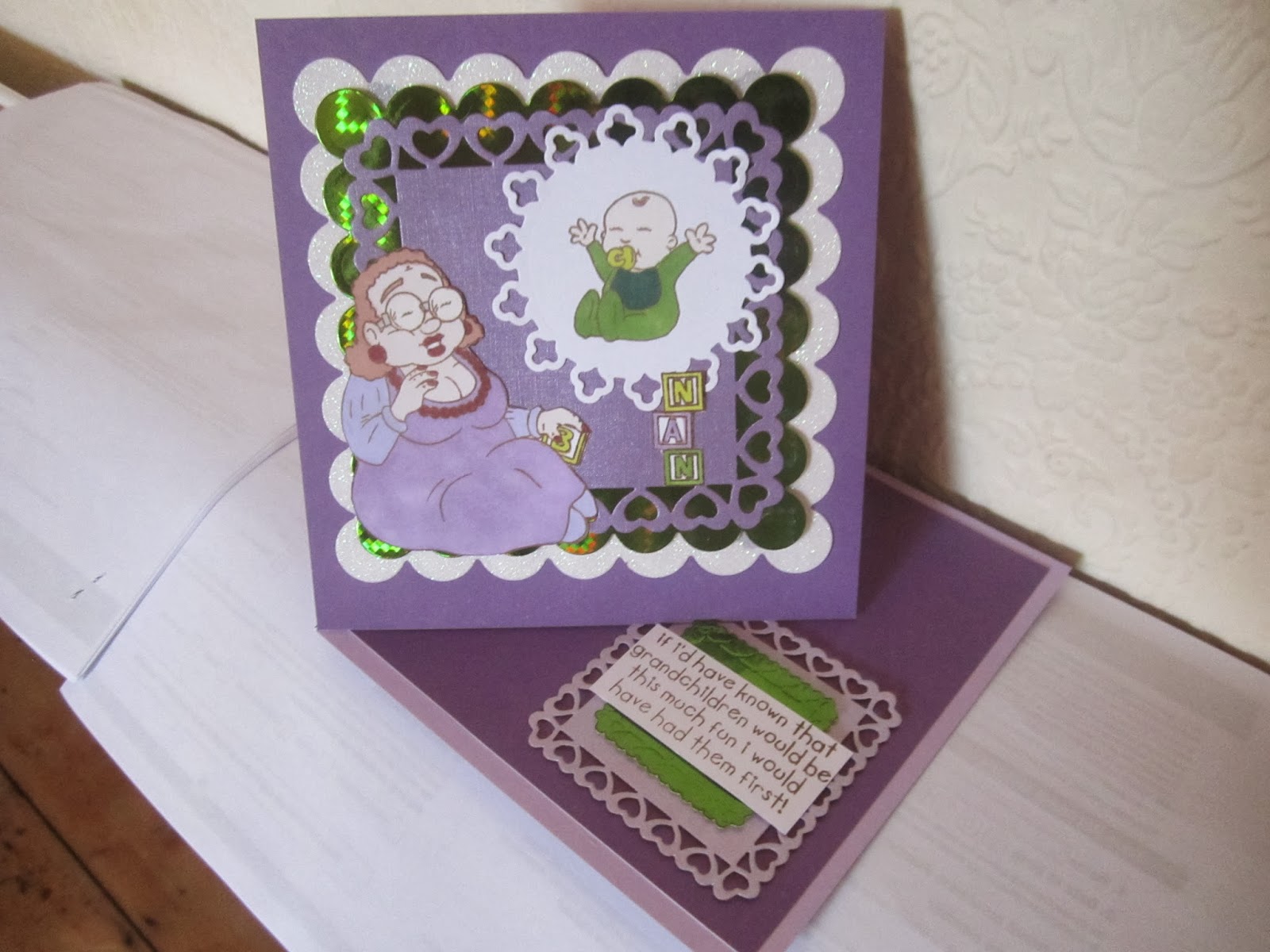 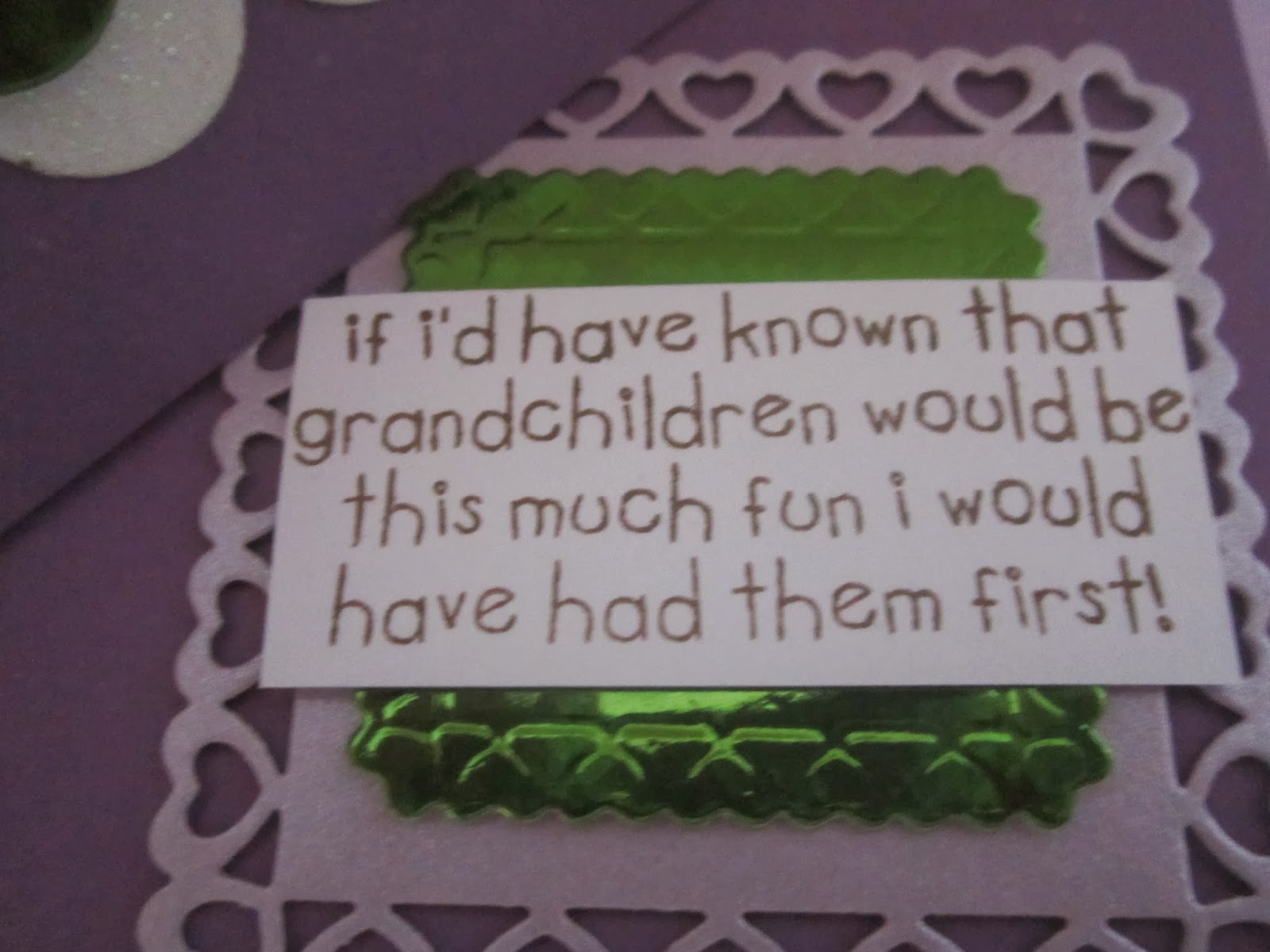 This card began as an A4 piece of Topsy Turvy card stock that I cut and scored to make a card 5.5" square.  Next using some more of the same card stock I cut a mat for inside the card and then adhered it in place.  Using some white glitter card I die cut a mat for my topper using Spellbinders 'grand scallop squares' die set.  Next using the same die set but a smaller die I die cut another mat using some green holographic mirror board.  The two mats were adhered to the front of the card.  Using some purple pearlescent paper I die cut another mat for the topper using spellbinders 'heart squares' die set.  When popping the waste from the die I saved the hearts into a plastic bag to save as confetti for putting in the card.  The last mat was then adhered to the front of the card.  Next I stamped two images and the Nan blocks using walnut stain distress ink and Hunkydory Golden Oldies 'waltzing surprise' stamp set.  The images were then coloured using ProMarkers.  The Nan was  fussy cut and then adhered to the front of the card in the bottom left corner of the mats.  The baby topper was die cut using Spellbinders 'ironworks accents' die set before being added to the card.  Next I fussy cut the blocks and added them to the card to finish the front.

Inside the card I added a mat die cut from lilac pearlescent paper using Spellbinders 'hearts squares' die set.  Using the same green holographic mirror board I die cut a smaller heart square mat.  These were added to the bottom right inside of the card to form the stopper for the easel card.  Finally I stamped my verse using the same stamp set as above and walnut stain distress ink.  This was cut out by hand and then adhered across the mats.
Happy Crafting xx Hazel