Hello bloggers today I have a Christmas card for you with lots of presents. 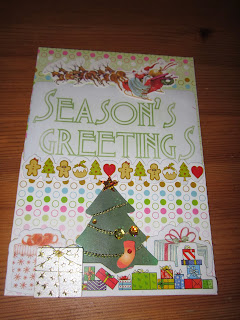