Hello bloggers I hope that you have had a good week so far.  Today I have a card that I create in Serif but then separated the different elements out to print them off separately so that I could make a card up. 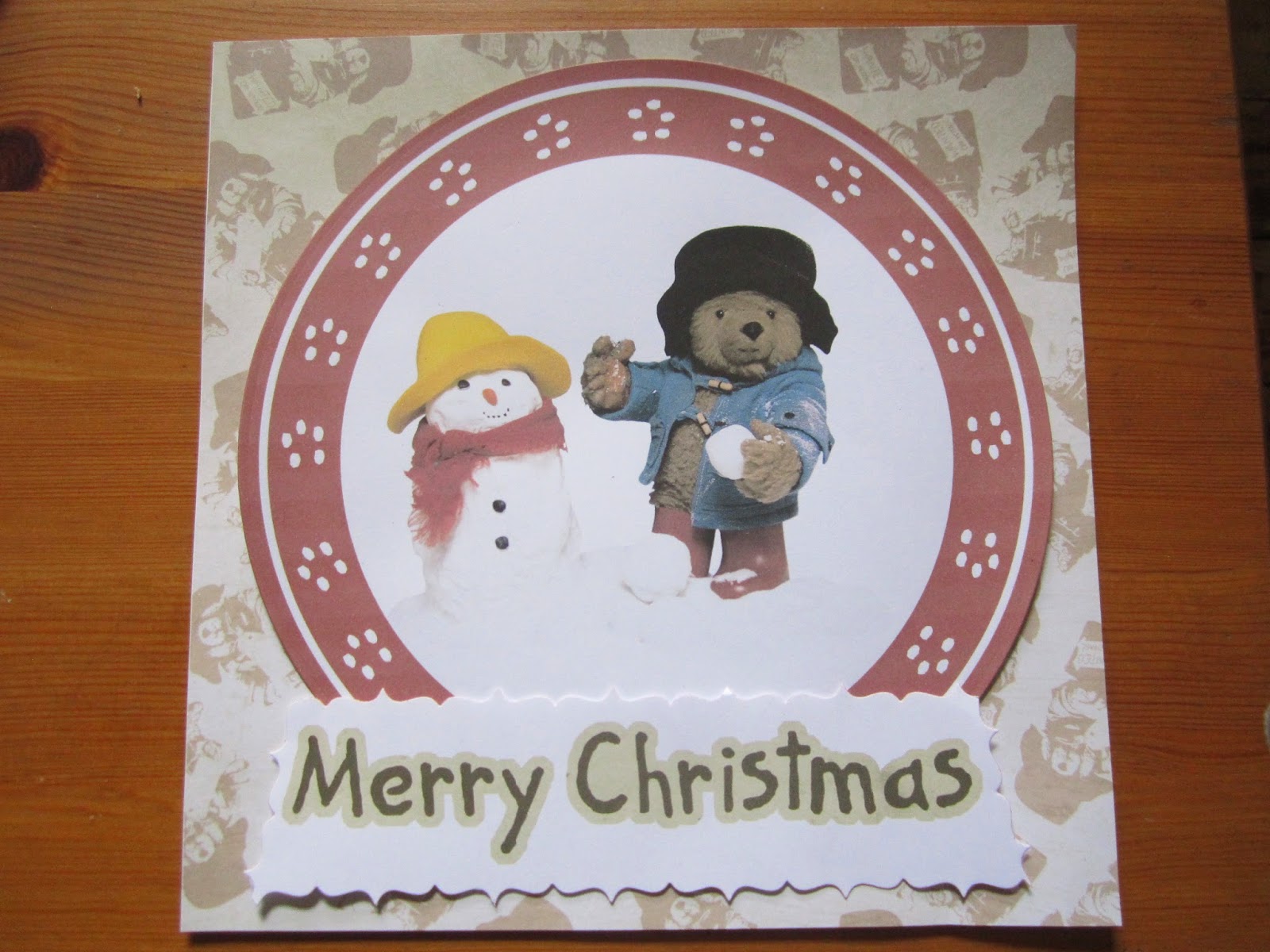 This card began as an 8x8 white card blank.  First I went into serif and added my digikit Paddington at Christmas from a set made by create and craft.  I then began to assembled the card on the screen adding different elements.  Once I was happy with what I had designed I spilt the design down into individual pieces and printed them onto white card stock.  I printed a backing paper and a topper with a sentiment.